Alijandra is an internationally-known author, teacher, healer and vehicle for both Source information and energy and ascended master St. Germain. She delights in travelling the Multiverse as a messenger for the Galactic Federation of Light, and a representative of the Archangelic League of Light. 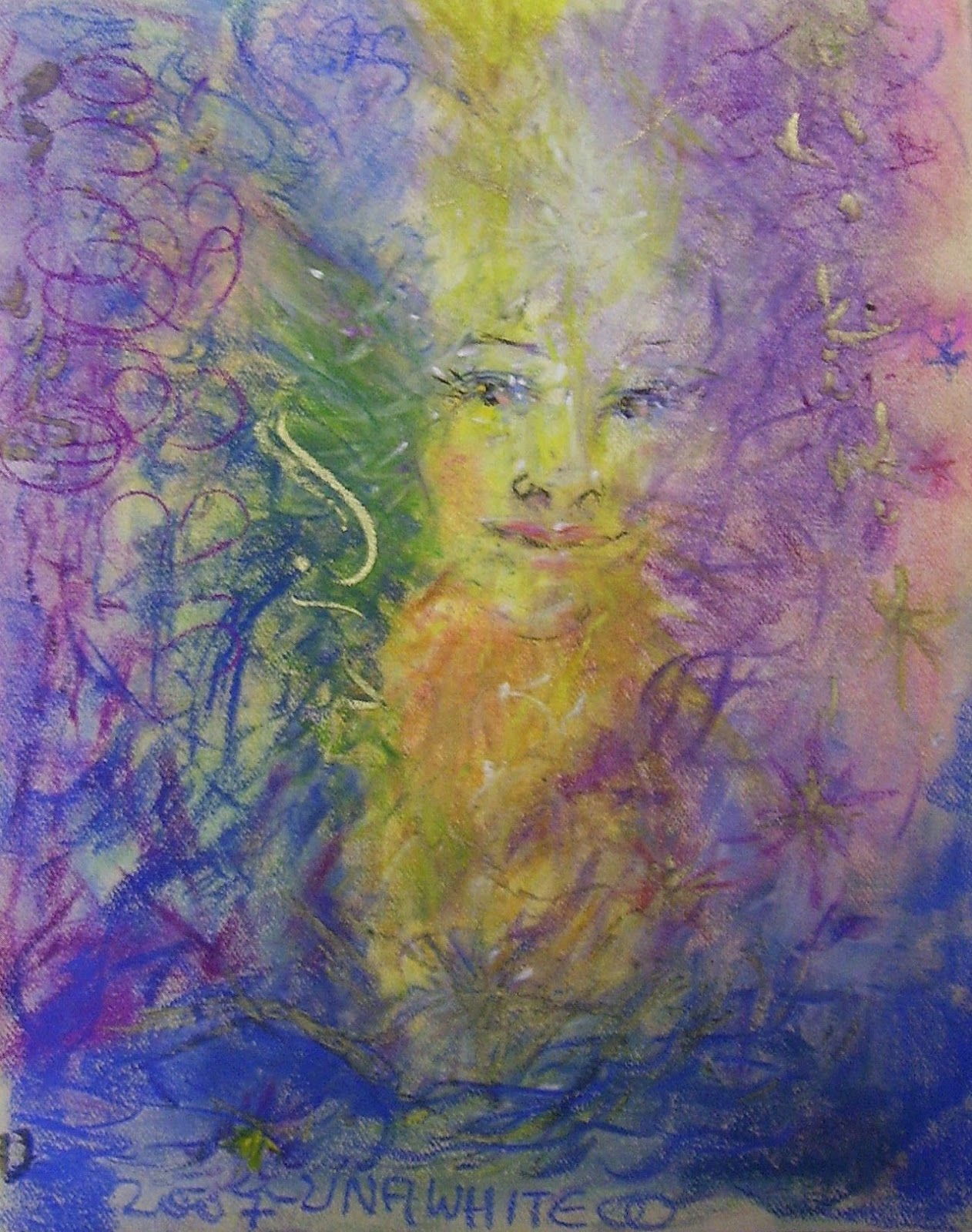 Intuitive and empathic her whole life, she graduated from college with a registered nurse degree and one in English. She has focused her attention the last 33 years to the development and practice of color energy therapy, where she is widely seen as a pioneer in the field. Additionally,she trained in several other healing/bodywork modalities, which she still uses, although her focus is now more on the spiritual, visionary side and how to effectively apply it to the holistic healing process. After 31 years in the SF bay area, she is now based in Sacramento, California.

She is the founder and author of Healing with the Rainbow Rays, her pioneering work into this style of color energy healing, published in 1995. About 20 years ago, she began to develop the modality of "Transfigurational Matrix Healing", which continues to yield on-going, cutting-edge new material. In the last seven years, she developed the Rainbow Liquid Light work for ascension, which continues her work begun over 19 years ago on reversing the aging process and immortality. She is now teaching that material.

Alijandra maintains three fan sites on Facebook that are quite popular: "Healing with the Rainbow Rays", "Accelerated Manifesting, and "Rainbow Dolphin Pod Healing". You can reach Alijandra at (408) 986-8550. Email address is alijandra7777@yahoo.com. She is also on Twitter as @Alijandra7777. LinkedIn is Alijandra7777. Instagram is healingwiththerainbowrays. She had her own radio program, "Healing with the Rainbow Rays" (with Blogtalk Radio) which is currently on hiatus due to  other projects. She has many mp3s to offer, and a few e-books. She continues to work on new material all the time.

Besides the dissemination of advanced methods of healing and information, she has been told by her guidance from the Akashic Records that as an elder, "she is one who helps hold the balance of Light on the planet" and is "capable of altering the direction of humanity for the higher good".

Her greatest desire is to be of service to humanity by bringing forth tools to assist others in being in touch with their own divinity. Alijandra states,"St Germain says that large intergalactic openings are going on in each person's body. This is bringing about a huge escalation of awareness because the earth is multi-universal. And as we feel the intergalactic openings within us, it is also concurrently going on around us, as well. Beings from every dimension and every galaxy throughout the Universe are currently on the earth plane. This is creating a massive upheaval. There is a finishing of karma on all levels and now the doorway is open for those ones with the vibration of Bliss to do their work." 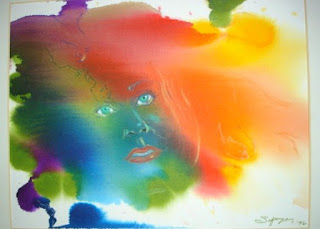 If the doors of perception were cleansed,
everything would appear to man as it is: infinite.
~ William Blake

"I actually had a meditation where we tuned
into Quan Yin. My experience was the Universe
sending me stars to consume! Then some time
later I found this picture. " ~ Alijandra 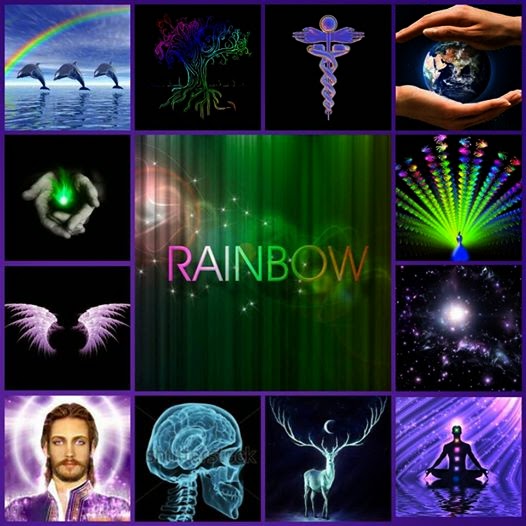 Birthday wishes from a student and friend in 2014,
pulling together images meaningful to Alijandra

Email ThisBlogThis!Share to TwitterShare to FacebookShare to Pinterest
Home
Subscribe to: Posts (Atom)
I have known Alijandra for several years and can testify that she is continually updating us with new channelings and information about these remarkable rays and how to utilize them for our greatest and highest good – as well as that of the planet. Her grasp of how the rays and energy works in this dimension, as well as others is phenomenal. ~ Teri Van Horn, crystal author, healer and teacher, Texas

Send an email to alijandra7777@
yahoo.com to be added. Thank you!

Alijandra
Discover that fantastic point where science and magic meet! My intent is to inspire, uplift, illuminate, transform ourselves--and hopefully transform others by our living example.

"There are a number of teachers who provide good information about color healing, but In my experience, no one comes close to Alijandra in the depth and breadth of her knowledge. Studying with her has opened up for me a vast range of possibilities in healing, my own and in my work with others. Her webinars awaken and recharge me, and connect me with my deepest faculties.
"As a teacher, Alijandra is a guiding light, who allows each of her students to grow and develop according to the best of his/her abilities. She is open to requests in exploring any aspect of color healing even in the webinar format. You cannot stump her -- her range of knowledge and experience is so vast. You want to know? Sure, she'll do it! Because she makes us feel so at ease, we flourish in leaps and bounds! Studying with Allie is a privilege I will always be grateful for." ~ Rohana Wolf; Chicago, IL

"Your tremendous knowledge, patience, intuitive understanding and teaching experience made for a great class with lots of techniques which were easy to understand and do. We had a lot of practice which was really good as it allowed us to integrate better the information that we received. I look forward to practicing what I learned. Way to go – thanks a mil for coming so far!" (Greer Palloo ~ Toronto, Canada)


LIGHT AND COLOR
A Profound Method of Healing
with Alijandra

Color energy healing involves basic skills of energy transferral for balancing body, emotions, mind and soul alignment, as well as quantum capabilities of connecting multidimensionally, beyond space and time, beyond gravity, beyond matter as we know it.

"The sessions have greatly accelerated the process of manifesting, including the youthening process. I am having an increasing amount of 5th dimensional experiences with my god-self. Phenomenal energies!" (George T. ~ California, USA)

“Alijandra is a true color pioneer. She wrote the first book I ever read on color--“Healing with the Rainbow Rays”--and even though I've read many books since, I remain convinced that no one understands the power of color like Alijandra! Her book should be required reading in all color therapy practitioner curriculum.” (Eleyne-Mari, certified color therapist ~ Rhode Island, USA)

"Wonderful class! I feel this will help expand my healing work as well as accelerate my spiritual growth and healing. Color energy therapy is a very gentle, soft loving energy, but it is also a very powerful strong energy. A neat balance. " ~ Michelle W., Los Angeles